The QBPC Tour kicked off in Ancenis with the Team Challenge. Next was the singles competition in Dinan/Taden before the Tour capped off with doubles and masters in Fontaine Le Comte. Each stage of the QubicaAMF BPC Tour was aired on several French television networks and on the internet free of charge. Barry Foley of Ireland averaged 233.11 for 18 games in all-events (six qualifying games each in singles, doubles and masters) to lead the top 4 men into men’s masters stepladder finals. Foley and Van Meeerbergen advanced to the title match by being the top two scorers in the eliminator round. Foley had 244 and Van Meerbergen 221, eliminating Peter Stevenson (200), England, and Jeroen van Geel (192), Netherlands. In the title match, Van Meerbergen defeated Foley, 255-184.

On the women’s side defending masters, singles and doubles champion Bartaire barely made the cut to the masters finals in fourth place with 3837. Last year’s runner-up Samantha Hannan of England led the top 4 women into the eliminator round with 3777 or an average of 220.94. Hannan (278) and Bartaire (227) advanced, while Tania Yusaf (195) of Scotland and Cindy Valckx (190) of Belgium were eliminated. In a re-match of last year’s title match, Bartaire topped Hannan, 218-203, to repeat as masters champion. Team Sirius defeated Team Vega and Team Mercury defeated Team Orion, both three-games-to-one, to win the women’s and men’s Team Challenge. Finally the team from the host country came back from a 1-0 deficit to win the France vs. The World friendly match, 2-1. 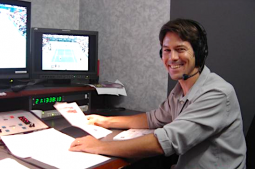